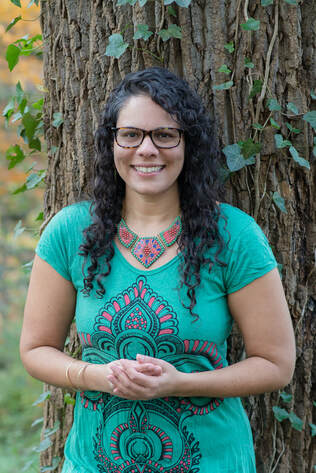 Though Shira was born in a placid town on the Northeastern Coast of the United States, she spent her formative years in a turbulent country that has been aching for lasting peace ever since its creation. Experiencing constant instability and unrest in Israel, combined with a strenuous home life, quickly gave rise to Shira’s acute sense of awareness and her consequent commitment to healing.

If you ask her, Shira will tell you that like many others her personal path to healing was not easy. There were years upon years filled with constant emotional turmoil, persistent physical distress, unrelenting self-judgement, and pain. Lots and lots of pain. Shira recounts that what kept her going through the toughest and lowest of times was a core knowing that all this pain somehow holds medicine in it, that awareness and communication awaken the heart, and that happiness is a baseline to life and not some far-fetched and fleeting dream.

Determined to unravel the layers of trauma from body, mind, and spirit, Shira worked with a variety of healing modalities. Though it took time, perseverance, and grace, Shira saw a breakthrough when she experienced a relief of symptoms previously labeled "chronic". With major releases came major transformations, which in turn confirmed Shira's initial speculation that healing is not reserved for the few. Rather, healing is within reach inside of each of us. "Self-realization," Shira now asserts, "is our birthright".

Once her personal focus changed from recovery to growth, Shira began offering the fruits of her hard-learned lessons. Not surprisingly, the healing modalities she has chosen to share with others are the same ones that have proven most effective for her. iRest® Yoga Nidra and Soul Lightening Acupressure® are both modern versions of ancient practices that view the person as a whole being. These two practices also share the principle that by meeting and greeting with awareness what's already present in the body, mind, emotions, and spirit--a wealth of healing, wisdom, and bliss unfolds.

After years of practicing yoga and acupressure as self-care techniques, Shira took up studying Yoga Nidra and Chinese medicine in earnest in 2009. Her studies with Dr. Richard Miller began in 2011, and Shira completed the iRest® Yoga Nidra Instructor Certification in August 2013. In February of that same year, Shira completed the Foundation Certification with Soul Lightening Acupressure, and a specialization in Clinical Acupressure in early 2015. In addition, Shira holds a bachelor’s degree in Spanish from The University of Massachusetts and a master’s in literature from the University of Maryland, where she also taught. Shira's formal training is extensive and ongoing (she's an avid learner!) and yet, Shira considers life itself her wisest and most revered teacher.
Shira shares private acupressure sessions at The Spectrum Center for Natural Medicine in Silver Spring, Maryland, where she also offers in-person co-meditation sessions (available over phone and web, too). For classes and workshops, see this season's schedule and/or contact Shira for more!